Andrew Henry Plays Hockey In The Land Of Giants 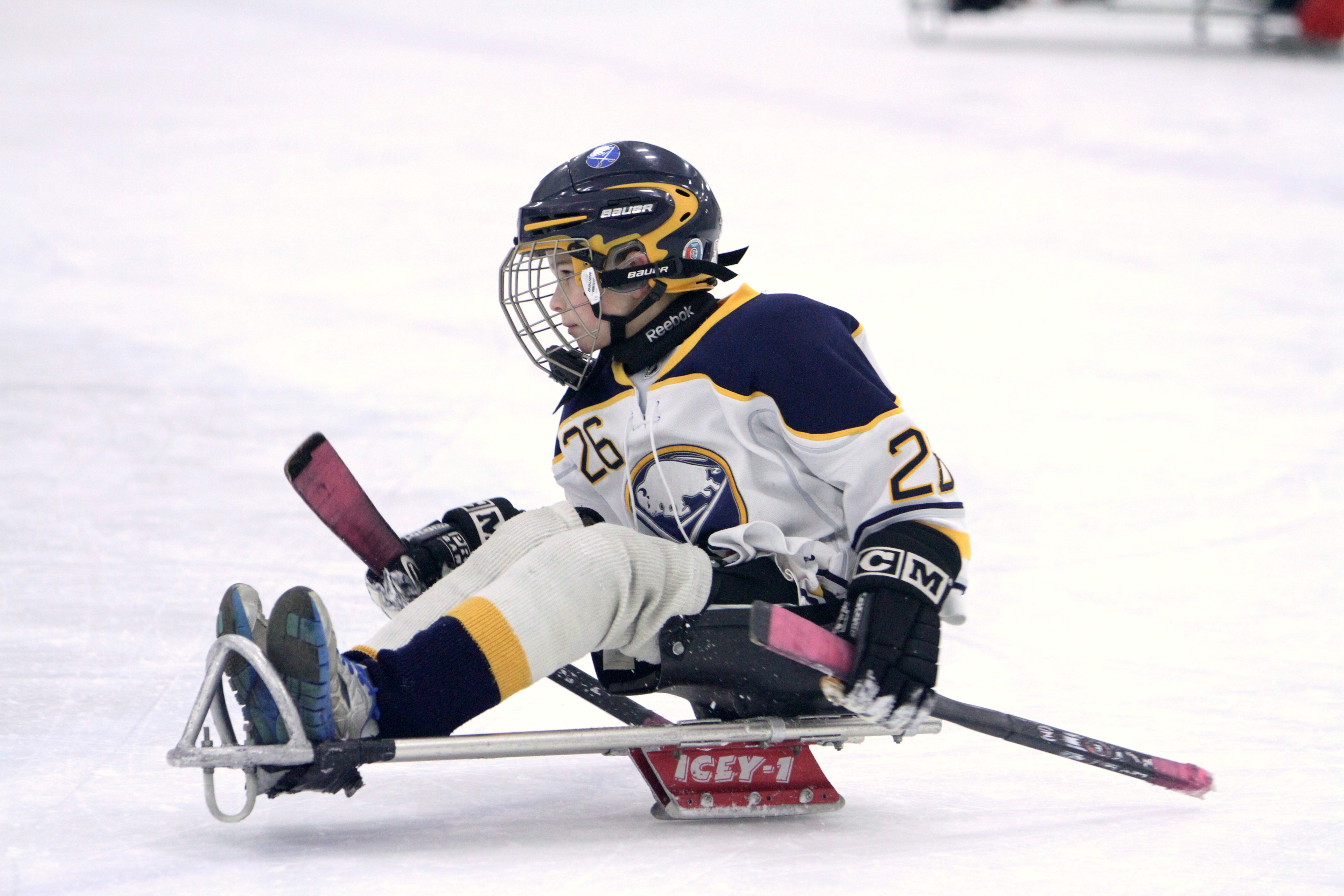 Andrew Henry, 9, plays hockey with a heart several times larger than his size and age.  He plays for the Buffalo Sabres Sled Hockey Team against adults several times his size in the Mid-America Great Lakes Sled Hockey League.  Why?  Because he wants to play with his older brother, Matthew, who has a disability.  Out of place playing against adults?  No way!  Other than for his size, you'd never know it.  He wears his heart on his sleeve and plays with the same passion.   And his heart?  That's for his brother.  For this, Andrew's our hero.  He's up and beyond, and his actions speak volumes of who he is. Andrew's one of several young, talented hockey players on the Buffalo Sabres sled hockey team that plays against adults.  They're quite good and fun to watch.  And they're not shy about going up against the much bigger competition.  They rock!