Hard work paid off as our GFHA Co-Captains Peter (l) and Aaron (r) Berry's team, the #1 nationally ranked TIRR Jr. Houston Hotwheels won the 2013 National Wheelchair Basketball Association (NWBA) National Championship, defeating Nebraska in the title game, 67-55.  This is Peter and Aaron's first year playing wheelchair basketball.  Congratulations 'P-Dog' and the 'Real Deal' on a great season, and winning some nice hardware, too!!!  On the right, Peter with his hardware and the 2013 NWBA National Championship trophy.  For our two captains: If you get a chance, please e-mail us on how you're doing with your team(s) or anything in general at mickcam@aol.com and we'll post it here. 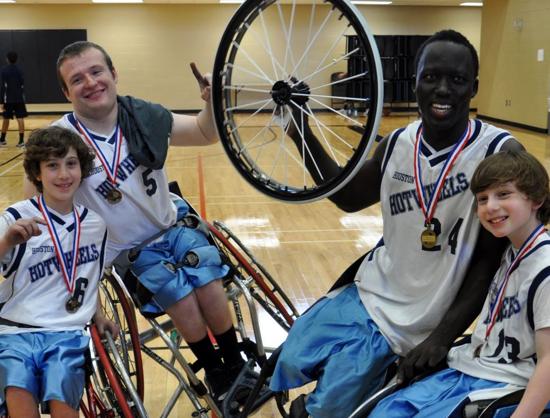 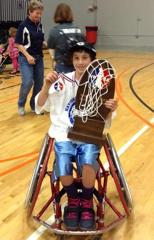